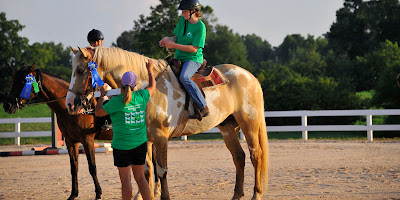 No, not really.  Well actually, some days I do.  I feel like I can't do enough, or help enough or just be enough.  I try really hard but there doesn't seem to be enough to go around so I internally beat myself up.   I really don't care for those days.  Most of the time they're just minutes rather than days of self-disgust but still....they're there and they stink.  I had parents, that from conception, loved me unconditionally and always believed in me.  Most of the time anyway cause HELLO....there were some teenage years that I'm sure they questioned my judgement. :)  So typically these thoughts don't stick around for very long.

However, my beautiful daughter did not have that luxury.  She had 27 moms before me telling her with their actions (sometimes words too) that she was not enough, she was a horrible kid and that she was bad.  She internalized that belief because it was mirrored to her over and over and over again.  It's part of her core belief system.  It doesn't matter how much I tell her over and over and over again that she is beautiful, precious, smart, funny, kind and loving.  She. Can't. Hear. It. because her internal belief system tells her something different and it doesn't matter how many self-esteem building exercises I do with her, nothing is going to change that until she changes her internal belief system.

Several years ago, Kristy tried to get me to do "even tho I hate myself," tapping with her.  I. Couldn't. Do. It.  How on earth could I make her say those phrases when I have been working so hard on building her self-esteem?  Yes, I know how tapping works and that you have to embrace the negative to get to the positive.  I get it.  BUT I couldn't make myself say those words to J.  I really thought (in my pollyanna brain) that if I just kept working on the positive that she would eventually believe it WITHOUT having to do the "even tho I hate myself" phrases.  I also didn't really believe that she truly hated herself.  No, that's not being totally honest.  Actually, I didn't want to believe it.  It hurt too much to think about it.  Besides, what does it say about my parenting if my kid still hates herself?  So I didn't do it.  I went along my merry, pollyanna way and did everything but that particular tapping.

Some months ago, on Therapy Tuesday's, J was stuck and she couldn't process.  Kristy started, "even though I hate myself, my mom loves me....." the light bulb came on for J.  She was able to say it emphatically and was immersed in the tapping.  Kristy continued on tapping over and over "even though I hate myself" phrases.  Seeing her reaction to this tapping script was shocking.  To say I was stunned would be an understatement.

Now it's a part of her morning routine.  It's the one tapping script that she's been able to do completely by herself.  She comes up with all of her own phrases without any help from me or any reminding.  Her morning routine starts with:

Then she moves on with the rest of her morning routine.

Now I get to beat myself up for not starting this years ago when Kristy suggested it.  Yeah, yeah, I know, I should tap on that.

My friend and fellow trauma parent, Brenda McCreight, has two new books out.  Everyone should own copies.  They are that good.  Healing from Hazardous Parenting and Family Matters: How to Strengthen Your Family (Without Paying for Therapy or Changing Your Lives).

Brenda, if you're reading, Kristy (our AT) said to tell you, "Great Job!"  She loved them too!

I'll be telling you more about these fabulous books later..... on another tapping note...Brenda, in all her fabulousness, is working on personal tapping scripts for parents.  She's doing this to help us recover.  For free.  Because she's awesome like that.  So if you're interested, let her know.

Love Is All That Matters 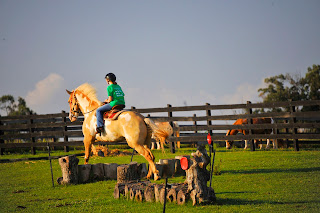 I long to live in a world filled with love.  While I'm at it, I'll tell you that I'm wishing for a world with peace, acceptance, tolerance, kindness, and more groups that promote these attributes.  A world where all human beings have enough.  Enough kindness, acceptance, food, love, family, connections.....  A world where love rules.

In the past couple of weeks there has a been a public firestorm that has been spewing hatred and venom.  Behind closed doors, I have silently wept a river of tears.  Tears for members of my family and friends that I love so dearly that have been ripped to shreds with this venom.  Tears for complete strangers that they have to be subjected to such judgement and condemnation.   I thought we were supposed to stand for love.  To stand for ourselves but not against others. I thought someone else a little higher up managed the judgement factor.

Living in a small, rural town with small minded people can be very difficult and I have stood by, watching and listening and feeling overwhelmed.  I have read words written on social media and witnessed acts of hatred, prejudice and judgement and I have tried to ignore it.  My pollyanna-ish self wishes to ignore it and hopefully it will go away.  I have hung my head in shame for not standing up for my family and friends.  Yet, I am also loathe to add something for fear of perpetuating the self-feeding storm.  Negativity breeds negativity.

Yet several members of my family are being hurt and that hurts me.  In years past I've had friends that killed themselves rather admit their partner preference.  I have friends that have yet to admit to themselves, much less anyone else, their orientation.  I have family members that cannot claim their relationships with their spouses "out loud" to anyone at their workplace for fear of being fired.  None of this is ok.  Not even a little bit.

Everyone is entitled to their own beliefs.  I would never want to infringe my beliefs on someone else.  It's the negativity, violence and hatred that has been spewed about my family and friends that is so abhorrent.  What happened to love????

Today I read Christine's post and the dam holding back the flood burst open and I could. not. stop. crying.  Then my fab cousin, Brian, posted this link.  Then I cried some more.  Actually a lot more.

J came to comfort me and asked why I was crying so hard.  I explained it to her the best I could.  She started shaking her head and said, "but mom, I thought love was love."

Then she said, "Can we make some signs that say Love Is All That Matters?"

As for me and my house.....we choose love.  Wherever you are in your life, in your beliefs, in your choices, in your lifestyle, in your partner preference, your color, your size, your nationality, your gender, your whatever.....

We choose to embrace you in love.

If you're looking for some cool things, go check out Corey's auction.  All proceeds go to the scholarship fund for ETAAM in 2013.  More about ETAAM here.