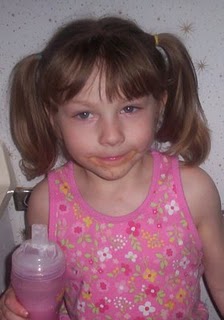 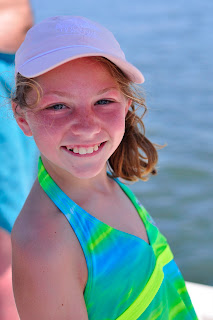 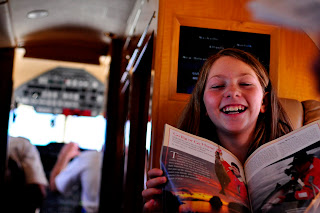 This message is all about hope.  Hope for all kids with RAD and their parents.  It's really easy to get bogged down in day-to-day life and we forget how much progress our kids have made.

Human nature makes me forget how far J has come.  I do forget all the progress she has made and I shouldn't because she is nothing short of a miracle.  She has worked very hard on her life and I'm so proud of her.  I try to look back periodically to remember from where we come. You can click Here for an example.

Before J (5 y/o) came home our first AT's had the previous foster mom to fill out a R AD-Q created by L!z Rand*lph.

The previous foster mom rated J a 5 on a scale of 1-5 (5 being the worst) on all of the below:
There was no honeymoon period.  Radtastic behaviors started the first day home.  I was the 28th mom by the time she was 5.... why bother with a honeymoon?  Let's just hurry up and get this over cause I know you're not going to keep me.

Honestly, after she had been here two weeks I would have rated her a 100 on each of them.  RAD on crack. I was overwhelmed and drowning.  The 3rd week in I was so sick and lost my voice.  Totally stressed out!  By the fourth week I was going to work (sick or not) just to escape home. I am sure she was ready to escape me too!

She also had some things not on the list.  Projectile puker (she could hit me from 6' away - that's talent!), self-mutilator, destroying shredding all new clothes, refusing to eat for days on end, could not handle any praise (see previous post), removed the molding around her door with her bare hands, tried to kill me on multiple occasions, if I gave her anything sweet she would eat it in front of me then puke it up under her bed, on the rare occasion when she would eat what I cooked she'd put her head in her plate and eat, she would not feel anything on her body (as in if there were food or snot on her face) scream "owie" if I barely touched her hand, hypervigilant on crack, etc.  I'm sure I've forgotten things and I'm glad of it.

Lying is still on the list but it's more normal, as in she's afraid she'll get in trouble....not the crazy lying.  I've heard lying is the last thing to go.  Believe it.  She can still be bossy with people she doesn't know because she hasn't built up trust with them. She still loves to be in control but doesn't have to have screaming temper tantrums when she doesn't get her way.  She deals with it even though she might not like it.  She can still act amazingly innocent over stuff if she thinks she can get away with it.  Big deal.  When I call her on it usually we both start laughing because neither one of us can believe I'd fall for it.  I can leave and come home and not get punished for leaving (most of the time).  If she gets mad/frustrated she still has a hard time verbalizing it but eventually she will get there if I choose to help her. The other behaviors have faded away.  It has happened over time, years in fact, ... not overnight.  I have thrown everything except the kitchen sink at RAD.  Some things worked better than others but I think they all had their purpose.

We still have days where it's challenging but it is N.O.T.H.I.N.G. like it used to be. No sirree bob!

She is a joy to be around and she has a conscience.  She is thoughtful, kind and funny.  She can "get" a joke, tell a joke, has a smile that lights up a room and loves sarcastic humor. She is my daughter.

Do I do my RAD Mom job perfectly?  Absolutely not.  I've made lots of mistakes.  She's gotten better in spite of my mistakes and failures.  I am over the moon proud of her!

So yes... there is hope.  There is always hope.

J and I just read this post together and she wanted to tell you something.  Here's a message from J in her own words:

All I can tell you is to keep your hope.  Don't let RAD win by giving up hope.  RAD really means your kid is terrified.  We have our reasons for being scared of love because we've been moved too many times and thrown in the trash, hurt, starved, bugs crawled on us, we had no one to protect us, no one held or rocked us and made us feel safe. Believe your kid can get better. I did so they can too. Give them a really big help tool box so they can get better.  To all parents and RAD kids: get with it already!

Wow. What an amazing post! You and J are both truly amazing people- and you do give me so much hope. Thank you!

You, my friend, make my heart smile. I think you already know that, though.

Lisa and Jordan, the two of you give me hope that one day I will be able to write a similar post with my son. Thank you.

Thank you for sharing- and for putting a hopeful spin on such a crazy reality!

Hi,
This gives me a lot of hope. It is easy to overlook the progress when you are knee deep in RAD. Thank you for the reminder!

I am from Georgia too but I live in Oregon. :)
Patti

You two make a great team! What a wonderful post of hope. Thank you for reminding me to remember the progress that was make and the healing that is yet to come.

I linked you on my blog and stole ("borrowed") your idea. Love 'ya! Can you teach me how to take my camera off auto while we're in Orlando?

So glad to hear from J and her awesome Mom!

Thank you, both of you. We are having a REALLY super RADtastic day. V has wrapped herself up in RAD and is STUCK, STUCK, STUCK. Today she was talking about how she wants to leave, go anywhere but here, blah, blah, blah (too bad, is what I said). I read her bits and pieces of this post, and especially what J had to say.. hopefully it will be the push that gets her unstuck again. You are a big inspiration, Miss J. xoxo

I am in tears. I do have hope...all because of J. Every time I want to just stop trying I think of her and it gives me the hope to keep on keeping on. Thank you J.

Yeah J. I think of her often when I think of how far C has come. He is still stuck on the lying as well but not in the same way he did before and he is also still sneaking stuff to school and in the house when he can but some of that is developmentally apropriate as well for a 10yo. Growth is such a wonderful thing and healing is fantastic!

Thank you for this reminder. The truth is that she didn't get her alone. You have been such a part of her healing. I'm thankful to know you, even if it's virtually.

Ok Lisa, I was doing good reading this. Smiling as I read, remembering the conversation Christine and I had just yesterday about my son and the amazing progress he has made. Then I read J's message and I lost it. Somehow, in the trenches and even in the progress, sometimes I forget how it all started for them. They all have a different story but each, a nightmare. The pain and suffering...no matter how tough it gets for ME, I need the reminder that it is nothing in comparison. Thank you J for a much needed reminder! Love you both!!!

Thank you Jordan. It helps me a lot to remember my daughter is scared to death, all the time.

Your daughter is just beautiful. I am just amazed at how she can put into words what RAD is like. You need to write a book, and SHE needs to write a book. I cannot imagine the different life she would have had without you. You have saved her, and by you sharing your experience, you will save other children as well.

I just told my 4 year old daughter this post and told her about your beautiful daughter J and how she has worked so hard and is still working so hard. I could see in my daughters eyes that she understood. Then I placed the ball in her court to decide if today is the day she wants to start working hard to be happy.

Thank you for your honesty and thanks to J - my J knows she is not the only girl with this hard work ahead of her.

I am in awe of the progress.

So good. And I say it was because of you (and her), that she's come this far. Because you're awesome.
Thank-you both so much for sharing.
:)