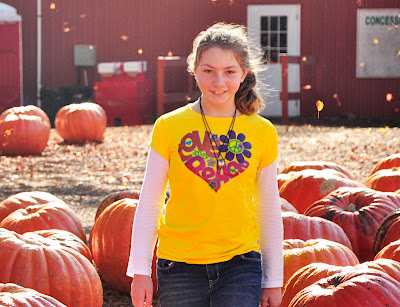 J won over the blog fates.

It is now officially an anniversary rather than a traumaversary.  Can I get a great big


J asked me Friday if we were going to celebrate our anniversary.  I told her probably not on Sunday because we had some other things going on.  She understood.  We have never celebrated our gotcha day because it was soooooooo incredibly hard for so many months BEFORE the anniversary date AND she never wanted to celebrate.  For her to ask to celebrate was HUGE!!!!!  HUGE, people, HUGE.  Sunday night when I tucked her in I told her "happy anniversary, honey bunny, and I'm so glad you didn't throw me away."  She started laughing so hard and she said, "I'm so glad you didn't throw me away!!!!"  It was a touching moment and one that I never thought we would get.  Yes, I left the room before I teared up. :)

Yesterday we played hooky from school and got up at the butt crack of morning to go watch the sunrise over the Blue Ridge Mountains.  Followed by breakfast in Blairsville, Burt's Pumpkin Farm to pick up our ginormous pumpkins, hiked Amicalola Falls, lunch in Dahlonega and home to put out our pumpkins.  It really was a wonderful day and I hope I can always remember every detail of goodness that we shared.

I am so grateful for every hard decision that had to be made because she is worth it.  She is truly living up to her potential and this is something I wasn't sure was going to happen.  Would I do anything different????  Only a million things.  Did I do it perfectly?  No way.  I've made millions of mistakes and so much I wish I could close my eyes and have a "do over".  But we made it and that's what counts.

I keep trying to get Michael Moers to do a Daddy Boot Camp to teach all his "Daddy Awesomeness".  A request I've made so many times that I'm sure Christine would love to duct tape my mouth.  Although if she were in Georgia it might happen. :)

Happy Anniversary to us!
Posted by Lisa at 8:37 PM

Happy Anniversary, Lisa and J! You have come so very far.

What a great day! Happy anniversary to the both of you.

WOO HOO J! Way to go! Happy anniversary to both of you.

WOOO HOOOO in the biggest font I can type it! So, so, so very happy for both of you. I can hear the joy in your voice again. It's been a long time coming, sweet friend.

And PLEASE, Michael Moers, Do a Daddy Boot Camp!! My hubs will be the first to sign up and I can pretty much guarantee he'll do it voluntarily.

Happy Anniversary to both of you! SO happy for you. LOVE that pic of J, too!

Yay! SO AWESOME! And thank you for the mojo, I so needed this. :)

go J, go Lisa, it's birthday, you rock it... wait it's not your birthday but it may well be cause this is just as important! Woohoo for fabulous Mama's and kids who work hard together.

Happy Anniversary! What a testimony you two are to keep trudging on with trauma parenting. You inspire me and keep me going.

Truly beautiful, congratulations J and Mama! You are both amazing.

And thank you for reminding me to hope while we are here in the midst of a series of traumaversaries.

Happy Anniversary Lisa a Miss J!! <3 What a WONDERFUL blog post. I have tears for you both. Happy tears. And a whole lotta hope for my own little family.

Thank you for sharing your journey and for inspiring and encouraging me through your words.

Hi! I was just checking your site for anything new. Just wanted to say I hope things are going good for you both! Thinking of you both tonight.

What a great post! More than that..what a great time for you and your J!!! May the blessings continue!

I saw this late, but it's so wonderful I just had to comment. Congratulations to you both! J you are an amazing inspiration. You take after your mom like that. :+)