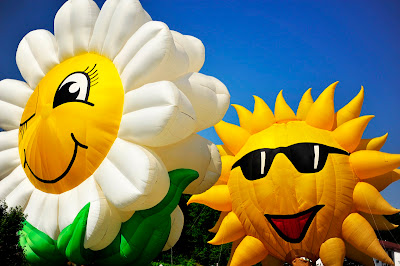 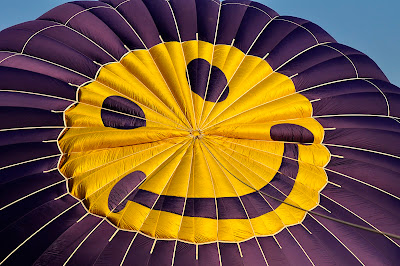 ﻿
I have been bloggy MIA.  Things have sucked.  Like unimaginably.  We fell in a deep, black hole and can't seem to pull ourselves out.  Then add in a blog stalker troll.  Ugh.
A horrible thing happened, particularly to J, and she has been thrown back into traumaland to the degree that it's almost as bad as when I got her.  ﻿A major loss and abandonment of catastrophic proportions to her healing.
I get why she's having such a hard time.  Truly I do.  But it's been feeling insurmountable and like she will never recover.
I have pulled out every. single. stinking. tool. out of my Trauma 101 Toolbox and nothing has seemed to be working.  I've even gone back to laying down with her when she goes to sleep.  Whispering in her ear, "I know you're really scared. It's OK to be scared.  I'm right here for you."  On the upside there was a time when she would've never gone to sleep with me in her room and now she's snoring in less than 5 minutes.
Yesterday..... I had an epiphany.
RAD     HATES to lose. At a.n.y.t.h.i.n.g.   E.V.E.R.
AND everything is a competition.  You do realize by everything that I mean E.V.E.R.Y.T.H.I.N.G.????
So at dinner I did the "Woo hoo! You forgot to be respectful".  I caught you so therefore "I" get a point. Yay me!  Insert surprised look on J's face.
Then "Hot dang! You tried to push me away.  Score another one for Mom! It's 2-0."
By the time the score was 3-0 the light bulb went on in her head and she was getting busy trying to score some points.  She was trying to do things right.  Yes...you heard that correctly.
Side note: Keep in mind that even though we're in the throes of regressed RAD-like behavior she has still had LOTS of healing so she KNOWS the right way to do things.  This would probably never work with a child that is at the beginning stages of healing.
By the the time the night was over it was 15-10.  In my favor but still....she was trying to "win" by doing things right instead of doing every stinking thing in her power to piss me off.
Starting with a fresh slate today we're currently at 15-10.  I'm still winning by points but more importantly I'm winning (and she is too) because she's trying.
Last night, when we were on the way home, Pink's Perfect came on the radio.  After it was over she said, "mom, I'm just like that song."  I asked how and she replied, "cause I feel like nothing."  Insert mental sobs from me.  I looked back at her in her turquoise shorts and shirt and said, "nah....you're not nothing.  You're a turquoise blob with a pony tail."  No, I did not say it with a sarcastic tone but with a playful one.  She could take me calling her a turquoise blob.  If I had said, "no, you're a beautiful young lady (which she is)."  She would have thought I was lying and immediately went into meltdown mode because she wouldn't be able to internalize that statement.  (There is a quote by someone that says: Never, ever, love someone more than they love themselves or they will always attack you.)  If the child believes that they are worthless and you tell them they are priceless they will get very angry because what you are telling them is going against what they believe.
Then I congratulated her for using her words and gave her 5 points.  This was an amazing feat for her lately.
Also today,  I stepped out in faith and hope.  I made reservations to go to the Balloon Fiesta in Albuquerque in October for vacation.  Scared to death to do it financially but also know that we both need something joyful to look forward to in the future.  The thought of taking my camera to see 800+ balloons makes me very, very happy.  It's impossible to be around hot air balloons and NOT be happy.  Lucky for us the Helen to Atlantic Balloon Race was this weekend and I was able to make a lot of wonderful new friends AND let my camera do the happy dance. :)  The pics above were from this weekend.
Posted by Lisa at 2:39 PM

Wow - we will be praying for you guys. I'm sorry things have been so difficult for you lately. We are currently regressed at our house too. We have had a standing invitation to have "Life" visit her old CASA worker. This is her longest relationship. We have stayed in contact with her all along - she is the grandmother that Life never had (before adoption.) Since we were headed to her city, we took her up on the offer to let Life stay with her for the weekend. WHAT WERE WE THINKING??? To say it brought back every fear she ever had is an understatement. Life really, really wanted to go - we gave her the option to go. But it really regressed her.

There is nothing like regression to make you realize how much progress has been made. I think she's starting to come out of it now. All that to say, you have our sympathies.

And you are right. RAD kids do not like to lose anything! I will keep your game in mind. Thanks for the idea.

Such good ideas; I hope I can figure out what to do with it.

(Never, ever, love someone more than they love themselves or they will always attack you.)

Miss you. Prayers for you and J.

so glad to see you back and blogging, and so sorry things are so hard. You're an amazing mom. {}

A blog stalker??? That is crazy! I'm not even sure what it entails, but it sounds horrible.

So sorry you guys are having such a rough time. Neither of you deserve it and it really sucks.

Have missed your bloggy presense sooo much, though!!!! Glad you are back!

you are a rockstar and a great Mama too and I am privledged to call you a friend, I mean that. Hang in there, it will get better again.

Good to see you back blogging again, friend! Praying for wisdom, peace, serenity, and healing for ALL of you.

Happy you are back in the saddle, cowgirl! I love the idea of how you used points to coax her back into doing what she can already do. Very empowering.

So good to see a post from you. The quote about 'Never loving someone more than they love themselves' is so spot on. Thanks for the major aha moment. Thinking of you and sweet J. Sending peaceful thoughts your way. You are loved in OK.

Poor J!!!! It must be so hard for both of you to have have a major problem and regression turn up.

I LOVE the points idea... going to steal it. And I totally get how she would be trying to poke you and win points at the same time- what an effort that must take!

I've heard great things about that Balloon Festival, my aunt loves it so much that she works there every year.

This post was crazy timely. We're back in the throws like never before as well. I am gonna steal the point thing for tomorrow.

Lord, have mercy on us. Give us more and more epiphanies to see into the hearts of our hurting children. Amen.

Glad to see you back, and so sorry for all that you and J have been going through. Some things are just not fair. Please tell J I said that.

Nice to see you still thinking up ways to out-crazy the crazy, and yet without loving her more than she can believe right now.

I remember you mentioned awhile back the possibility of getting our RADishes talking together on Skype. At that time, we were not up and running with skype. We are now, so if you think it would help J in any way to talk with P, just let me know. P is in a good place right now, but would definitely understand abandonment triggers and regression and feeling too scared to get unstuck. He is almost 11.5 and very sweet.

Hang in and start counting down days to that balloon festival. I'm so glad you allowed yourself that leap of faith.

Thank you so much for continuing to share and give such helpful information when you guys are going through so much. You have every right to sit around and feel sorry for yourself, or just soak in the bloggy love and support you so deserve after the years of love and support you've given. I hope you know how much you are loved! I'm so sorry you've had to cope with a stalker on top of that.

huh. you rocked my world! mine is SO competitive (unless it's a competition that matters of course, pshaw). but she must win, no matter what. love this idea!!