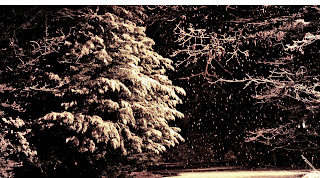 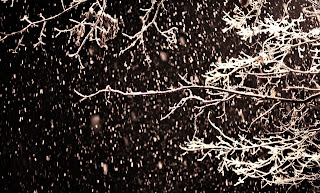 Taken on Christmas Night
OK....most of y'all aren't old enough to remember that song but it always runs through my head before we do the Shake, Rub (psychological reversal), Tap, Anger exercises.

I've had recent experiences that have reminded me that I need to remember to do the Wet Dog Shake for trauma.  Since I'm having to do it everyone else may as well have to do it too.  That means J.  So we start our day with Power Sitting (remember it's especially powerful to do while looking at your child) then the Wet Dog Shake, followed by Rubbing to straighten out our personal beliefs and finally the ever helpful Tapping.

After animals get really scared they do the Shake to get rid of the trauma of whatever just scared them.  It completes the trauma cycle and therefore the next time that it happens it is not as severe a memory.  Yes.  It really works.  My child had many traumas occur including boat loads when she was pre-verbal.  During the pre-verbal years she may not be able to remember the event cognitively but her body STILL remembers and STILL needs to process those traumas.  Shaking works wonders for that.

How it works:
We both stand really still with our eyes closed and I'll take her through whatever might have ocurred using a low, calm, soothing voice while acknowledging that it (whatever) was a very scary event.  (As soon as I'm through verbally walking J through her trauma I take a second to remember one of my own either one from childhood or more recent events. Sometimes it's even remembering a particularly bad tantrum that occurred.) Then open our eyes and shake it baby shake it.  We usually start with shaking one leg and foot, do the other leg, then shake them both together (kinda like a Charleston), then the bootay shake (this will be very hard for s*xually abused children so don't be surprised), then the body, then the arms, then the head.  Then you're done and it took all of about 40 seconds.  Big trauma release and it is f.r.e.e.  Start with a relatively easy trauma which means it could be just something that scared them in the last few days.  See how it goes.  Don't forget the "I'm afraid Mom is going to leave and never come back."  This is a huge fear that lasts for years.

Personally I had to do it about getting in the car.  All the recent events made me really scared to get in the car.  Now I can do it and not get that icky feeling every time we have to go somewhere.

J has had to shake f.o.r.e.v.e.r. (and we're still not done) on social workers.  They totally crossed her boundaries and scared the living crap out of her.  I get it.  When you've been moved 28 times it is over the top scary when they pop back in your life.  We're also doing it on the abuse, the moves, the bugs, the scary people with masks, the car, people that didn't protect her and on and on and on.....

We use the same trauma for about a week before moving to the next trauma we're going to work on.  Most of the time we'll do it 3 or 4 times a day.  Heck, for 40 seconds or less it's a wonderful investment.  The events become less and less scary each time she shakes and she spends less time in the Amygdala (fight or flight, controlling emotions) part of her brain.  This goes for me too.

Here's a video from J to show you how it's done! Y*ut*be Video  Can y'all believe J has grown so much???  I'm astonished.

Our kids have had lots of traumas, give'em a release.  Set them free from it. It doesn't hurt to set yourself free too. :)  You'll be glad you did.  If they're averse to the idea try doing the Hokey Pokey instead. :)

Just FYI....there is no religion or dogma attached to Shaking, Rubbing, or Tapping.  It runs with the Thought Field Therapy principals.

I haven't been blogging because my freedom of speech was taken away.  I finally decided to say "screw'em".  So I'm back to commenting (I've been faithfully reading just not commenting and blogging.  Hopefully I won't regret it.
Posted by Lisa at 5:58 PM

Yay! I'm so happy you're writing again! After the last time you mentioned the wet dog shake, I started doing it with my neurotypicals after anything with my RADling that would leave us shaking. At the very least, it makes us laugh.

I hadn't thought, though, of doing it after a particular cue, on purpose. I'll have to try that one.

Lisa, darlin'!! You're blogging again!! :-) I've missed you! Thanks for sharing! It's good stuff.

Huge help. HUGE! I can't wait to use it. TONIGHT!

So glad you are back! We missed you!

Don't let the b*st*rds get you down. You are a wonderful resource and a spectacular mother.

I sure have missed you! My blog has changed too. I can see how this process can be as helpful to parents as it is to the kids.

I was terribly worried about you - whatever do you mean "your freedom of speech was taken away"?

Love ya!! Glad to see your words and wisdom....

I was so glad to see you that I actually burst into a semi-ugly cry. I've missed you. I've prayed for you and kept you in my thoughts.

I am so glad to see you back. Was wondering/worried about you.

Yeah! You're back! So, so glad to see you pop up in my google reader. Orlando here we come!

So we totally shook 3 times in the past 2 hours. And J. thinks I'm an alien because I can "read his thoughts." Too funny. I think this tool came just in time. Thank you, Lord, for your perfect timing.

Oh I have so missed your writing and your insights. So good to see you back and I really really like this idea.

Yay! You made my day!

Glad you're back! Hope all of you are okay!

Oh Lisa, I almost cried when I saw you commented on one of my posts. I have missed you terribly. I have needed you. Thanks for the emails. You are so wise and I just respect you so very much. Please don't leave me again. :)

I am so horribly jealous of all who are going to Orlando. I could never leave my crazy crew for 4 days. Ha. That makes me LOL to even think about. Things start falling apart and I start getting frantic phone calls when I am gone to the grocery for 2 hours. :) Have fun!!

Lisa...I'm so glad you are back! I've really missed you're blog and have kept you and you're family in my prayers. Hope to hear from J again too...I reall
y love to read her thoughts. God bless you all.
Vicki

Lisa...I'm so glad you are back! I've really missed you're blog and have kept you and you're family in my prayers. Hope to hear from J again too...I reall
y love to read her thoughts. God bless you all.
Vicki

Oh how I've missed your blogging! I don't blog anymore, so don't go looking for mine. I haven't heard about shaking but it makes sense. You're such a smarty pants! Thanks for sharing. This reminds me to go back to tapping for myself. It did wonders for my headaches. Am going to suggest it for my sister's trauma. You are already back to helping so many others. You still rock! Linda

Missed you bunches. Was so stinkin' glad to see your recent post pop up in my daily reading list. In fact - I'm so happy I may just have to go shake a little.

Welcome to where ever you are, this is you life, you've made it this far...
so glad that you are back and shakin it.

Yay! So glad you're ok; hoping everyone else is too.

So glad to see you reclaiming those freedom of speech rights!!

We've been doing the shaggy dog shake since you first told us all about it last summer. We haven't been doing it as systematically as you either in terms of working up all the body parts sequentially or in terms of numerous tims per day or with an announced trauma before doing it. But it has still worked. We have just been doing a group all-over body shake. Our kids love it, and I find I like it. We all describe that we feel looser and more relaxed afterwards. Now am going to try your more systematic method.

Glad you're back! I've missed you!